Interesting Facts About Oregon: One of the most significant and interesting historical sites in Oregon sits near John Day, Oregon’s Main Street. Chinese immigrants Ing Hay and Lung On bought Kam Wah Chung & Company in the late 1880s. They turned the dry goods store into a successful, 50-year partnership, providing medical care, dried goods, lodging, entertainment, writing and translation services, and other important services to both the Chinese and non-Chinese communities. The interior sat mostly undisturbed for decades after the owners departed, a time capsule opened in the 1970s and preserved as a museum. Today, visitors can observe artifacts left by Ing Hay and Lung On throughout the carefully preserved site. Planning a trip soon? Click on either of our banner links here to get discounted airline tickets and nearby hotel rooms! Our site is partly supported by affiliate partnerships; your purchases through our affiliate links help support our site and the development of even more great content! The 2005 National Historic Landmark Report noted that this collection is the best of its kind. “The Kam Wah Chung Company building and its contents are the greatest single surviving group of materials known dating from the late 19th and early 20th centuries that reflect the lives of the Chinese immigrants in the American West.” The two owners, Lung On and Ing Hay, created a partnership that lasted more than half a century. Lung On developed business ventures and connected with community members throughout Eastern Oregon and beyond. Ing Hay, much more quiet and reserved, provided medical care and candy treats. He maintained his practice inside the Kam Wah Chung & Co. building.

“Kam Wah Chung & Co. was a place to come at the end of the work day. Here, they met to gamble, read books and newspapers, smoke opium, and listen to music on one of the town’s first phonographs. Lung On could be counted on to help write letters home for those who could not write.”

In the 1800s, men from Guangdong or Canton Province immigrated to the United States in search of work. Many settled in Portland, Oregon, and San Francisco, California. However, thousands also found their way to Eastern Oregon and John Day’s Chinese settlement. After the discovery of gold in 1861 and 1862 in Auburn and Canyon City, more than 1,000 immigrants joined the gold rush. The Chinese settlement in John Day peaked around 2,000 residents, making it the third largest in the United States. Only Portland and San Francisco had larger settlements at that time.

Clouds on the Horizon

“The people of China had suffered through two wars with Britain and survived the Taiping Rebellion, a civil war that killed 20 million people. By the middle of the 1800s, China’s total population was 400 million, and 28 million of them lived in Guangdong Province – the equivalent of 2,000 people per square mile.”

“Years of flood, fires, and drought devastated this over-populated bread bowl of China, and thousands of people were starving as a result. Families became desperate to find other ways to survive.”

The Chinese Exclusion Act of 1882 followed more than 600 anti-Chinese state laws around the United States. Thus, the Act prevented any further Chinese immigration. It also barred Chinese immigrants from citizenship, and made it illegal for the Chinese to own land. Fortunately for Ing Hay and Lung On, when they purchased Kam Wah Chung & Co., they executed a 99-year lease. They also made other provisions to secure their interests in the company, despite the recent federal legislation.

“The big gold rush ended for good in the early 1870s, and thousands of Americans who had mined alongside Chinese immigrants went home to look for new jobs.”

“Unfortunately, the country was in a state of crisis. Railroad companies had over-extended themselves and gone bust, banks and companies all over America had failed, and the stock market had crashed. Unemployment had reached a high of fourteen percent.”

“Pressure on the working class was enormous, and the Chinese – who were routinely paid no more than half what American workers were – were blamed for taking away jobs and lowering wages.”

Doc Hay entered the U.S. with his family from Canada, first working in Walla Walla, Washington before settling in John Day, Oregon. A trained “pulsologist,” Doc Hay brought an ancient Chinese method of diagnosis and treatment with him to Eastern Oregon. He used his vast collection of more than 500 herbs and animal parts to brew teas and other medicinal poultices for patients.

Lung On arrived in John Day from San Francisco. He spoke and wrote multiple languages, including Mandarin, English, and classical Chinese. Lung On developed various business ventures, including the town’s first car dealership after he visited Portland and saw an automobile for the first time. He approached the owner and offered to buy the vehicle, beginning a new venture that would add value and new businesses to the region.

When Ing Hay died, Bob Wah inherited Kam Wah Chung & Company. Three years later, he donated it to the city, on the condition that it be preserved as a museum. Because of this, the city worked with the Oregon State Parks Department and other organizations to preserve and protect the site. The city of John Day managed the site for nearly 30 years, starting in 1977, but the costs of maintaining and preserving the site steadily increased. As a result, in 2004, the city transferred management to the Oregon Parks and Recreation Department, which operates and maintains the site today.

Staff and volunteers have diligently documented the enormous archives from the site. The Friends of Kam Wah Chung also assist in preserving and documenting the site, and you can visit their website here for some of the best information about Lung On, Doc Hay, and their Company.

Click here to view our collection of free, downloadable stock images of Kam Wah Chung & Company, including photos from this post and more. Be sure to also check out our related post about traveling to Eastern Oregon, Clyde Holiday State Park, Magone Lake, and Prairie City.

Both Doc Hay and Lung On chose to be buried in John Day, not far from where they dedicated most of their lives to Kam Wah Chung & Co. and the community of John Day and Eastern Oregon. As a result, you can visit their grave sites in the city cemetery that sits above the John Day River, looking out to the mountains beyond the agricultural valley.

Oregon is an interesting place to visit. Love learning a little about her history. Thank you

Yes, it has a fascinating connection to Chinese history.

Wow, this is interesting, so much history. It is a great reminder of how much the Chinese immigrant community has been able to achieve.

Yes, the the Chinese immigrants are such a rich part of American history.

Very interesting post. Not familiar with Oregon so this was a fun read.

Yes, it was a wonderful tour! It was a new part of OR history that we didn’t know much about.

Wow what a cool piece of history! Everything looks so preserved!

It was time capsule with dehydrated food and old jars of peanut butter. It was so very interesting! I want to go back again for a second visit.

Wow this is awesome the market hub looks interesting especially the Chinese artifacts.

Yes, all the vintage items were well preserved.

Yes, researchers are still working on the area and learning more about the Chinese American history.

wow! the experience looks absolutely fantastic to me! I would enjoy it a lot

Yes, it really was! We learned about a side of Oregon history.

WOW! I had listened about oregon but i didn’t know that it was a hub for asian history……thanks for sharing.

It was new information for us too. It is always enjoyable to us when we are learning new pieces of the past.

Yes, it was! I have seen pictures of other time capsule places, but never been in one. The food on the table and everything else was just fascinating.

These are interesting facts. Haven’t been to Oregon before but reading this article gave a lot of insight.

Oregon is a wonderful state to see, add it to a list of destinations! 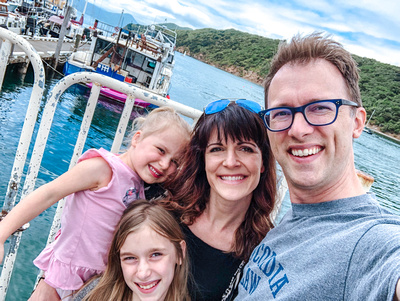